Reg Pridmore was the first AMA Superbike Champion. We won the series the first three years of its existence: 1976, 1977, and 1978. While Pridmore won only 3 AMA Superbike Nationals during his four years on the circuit, it was his uncanny consistency that earned him the three titles. He rarely finished outside the top 5 and more often than not he earned a spot on the podium. 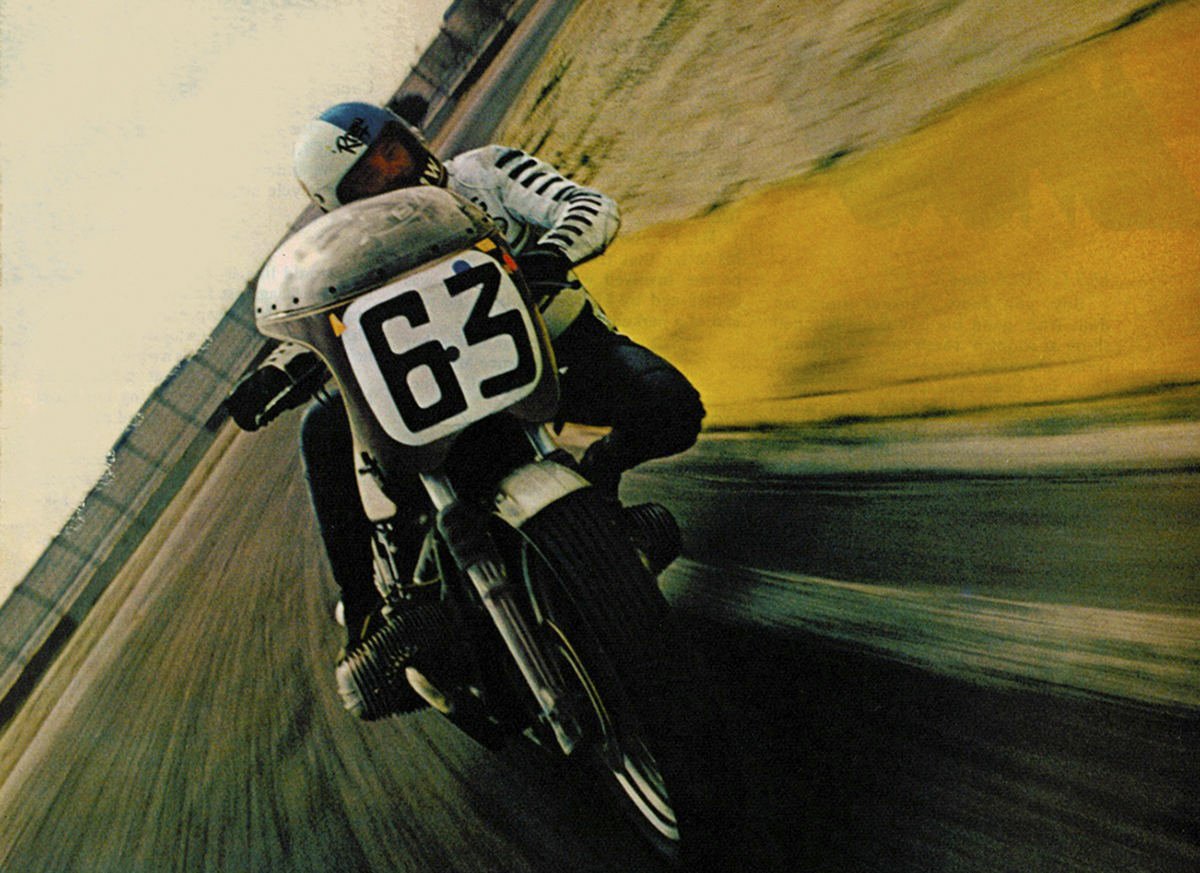 Pridmore will always be remembered for winning the 1976 AMA Superbike series on a Butler and Smith BMW R90S. Less remembered were the two following years, when he won the Superbike titles on Racecrafters and then Vetter sponsored Kawasaki KZ1000s. Pridmore was the first riders to win an AMA Superbike national on a Japanese made motorcycle, when he took victory aboard a Racecrafters KZ1000 at Pocono, PA on Aug 21, 1977.

Reginald Charles Pridmore was born in London on July 15, 1939. He began racing in England in the early 1960s He won his first race at Silverstone in 1961, in the rain, riding a Triumph 500 Tiger. Growing weary of the British weather and political climate, Pridmore decided to move to what he had always heard was the land of opportunity, the United States. 24 at the time, he sold nearly all of his possessions and loaded what was left onto his car, and put it on a ship to come to America. “I had a clean change of underwear, $250 and a dream to live in the sunshine” Pridmore remembers.

Although he landed on the East Coast, he was very specific about where he wanted to live. Southern California was the place he had always dreamed of, so he drove across country, virtually broke, and settled in Santa Barbara.

Pridmore found that American lived up to its claim of rewarding hard work. He was soon back to motorcycle racing on the tracks of Southern California. He favored four-strokes and gravitated toward production based racing.

Pridmore did well enough club racing to attract the attention of Norton. He rode Nortons in 1971 and began competing in a few AMA Nationals. By 1972 he had caught to attention of BMW importer Butler and Smith and began riding BMWs. By the time Superbike became a recognized AMA National Championship event in 1976, Reg had a jump on his competitors with a wealth of experience on production based machinery.

“Superbike became a recognized national class in 1976.” explains Pridmore. “By then I already had 5 or 6 years of experience racing that type of motorcycle in the very competitive club races in California.”

The first official AMA Superbike series race at Daytona on March 5, 1976 is still one of the closest finishes in the history of the series. Steve McLaughlin nipped Pridmore (both rode Butler and Smith BMWs) at the line by less than half a wheel. It was truly an exciting start to what would become the premier motorcycle road racing series in the country. Reg still says that second place finish at Daytona in 1976 was maybe his most memorable race.

McLaughlin won the battle of Daytona but it was Pridmore who won the war. On Aug 1, 1976 at Laguna Seca Raceway, Pridmore won his first AMA Superbike National. Two months later he won the final round of the year at Riverside and claimed the Superbike title. 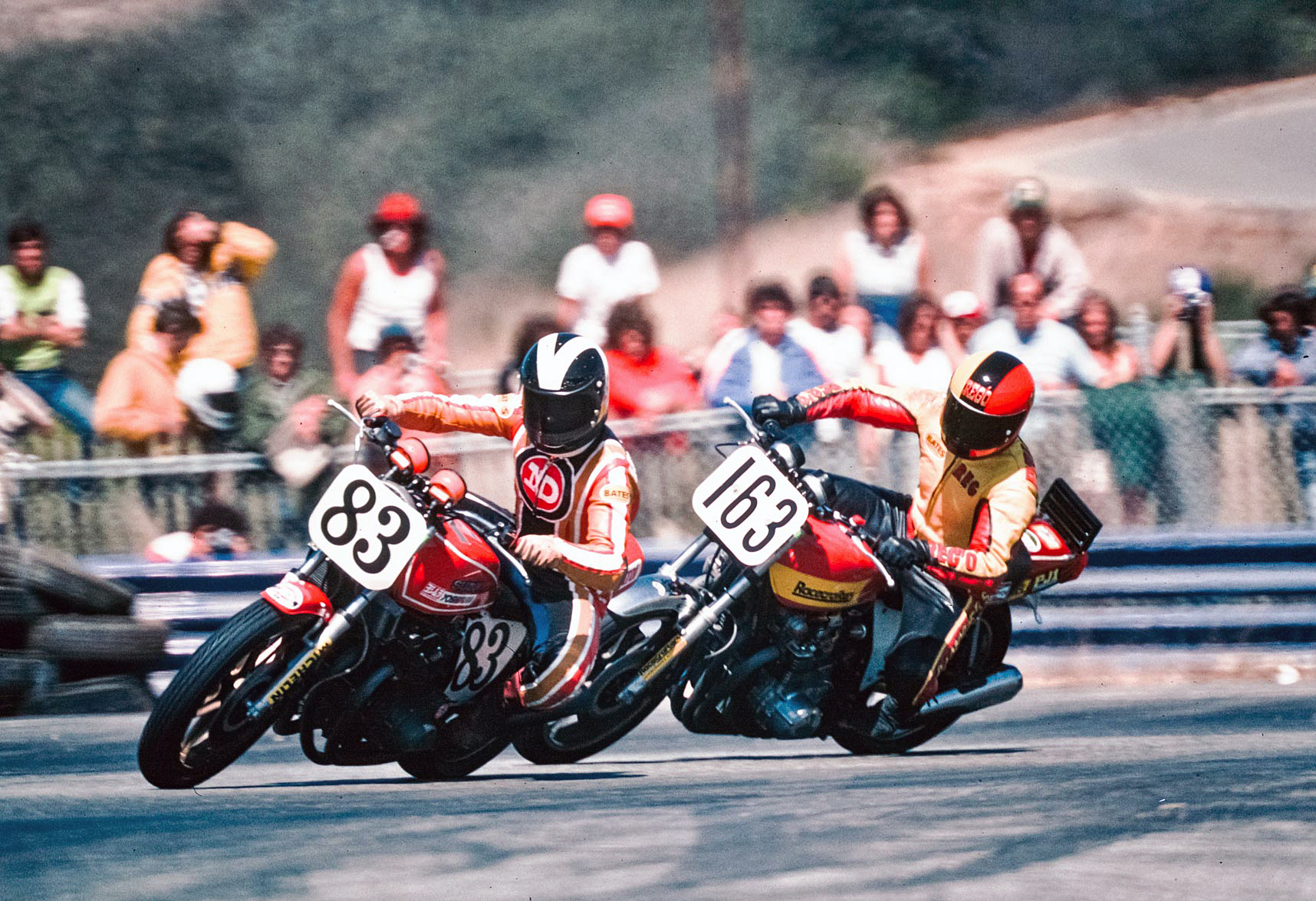 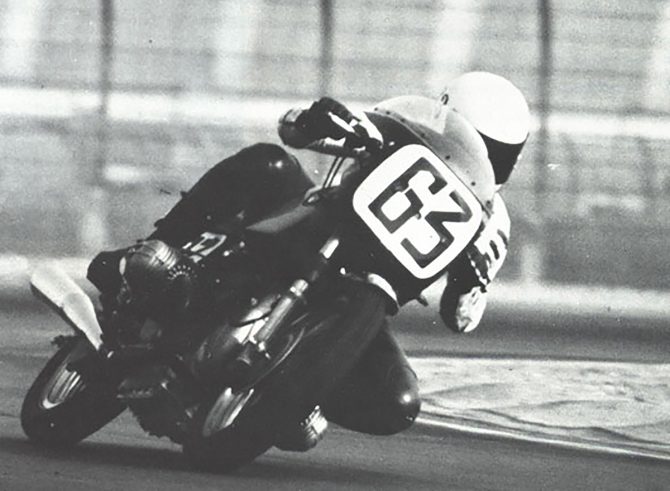 After starting the 1977 season on a BMW at Daytona, Pridmore was hired to race for Racecrafters Kawasaki  for the rest of the year and then Vetter Kawasaki in 1978. Though he only won one more race, at Pocono in 1977, the first win for a Japanese brand — Pridmore’s consistent podium finishes in the extremely competitive series earned him two more titles in the class.

Pridmore remembers the competitors he raced against as some of the toughest: “Yvon Duhamel, Steve McLaughlin, Cook Neilson, Gary Fisher and the Wes Cooleys, the Mike Baldwins, they were a tough group”. 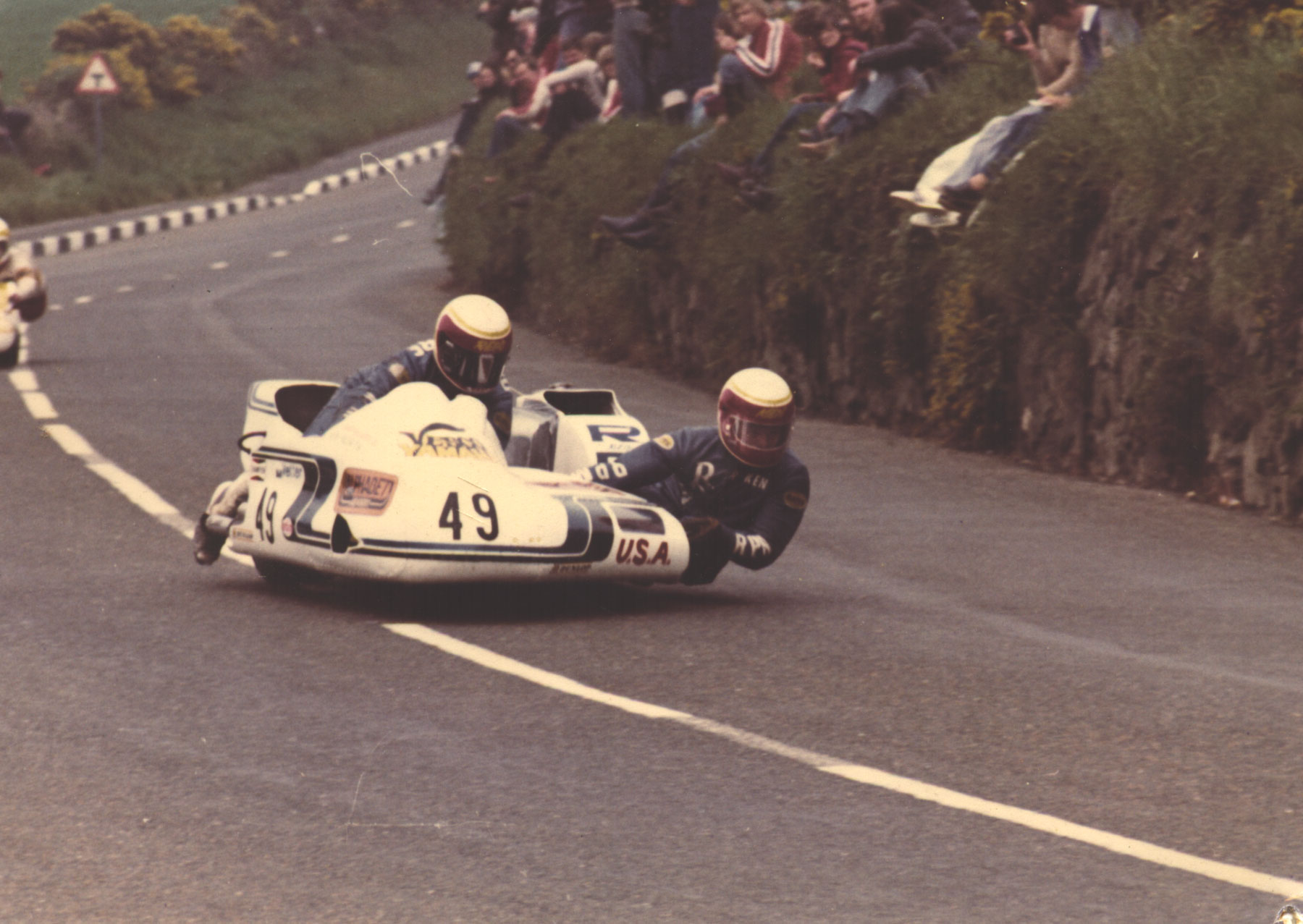 Reg Pridmore was inducted into the AMA Hall of Fame in 2002.

All the while he was racing, during the mid 1970s, Reg began teaching to small groups at race tracks. In the early 70’s Kawasaki and others introduced large displacement bikes, which were a big handful to a generation of riders who had not had to handle that much horsepower ever before. He saw a need for rider training and answered the call. In the early 1980s he worked with a partner in a school called RATS (Riders Advanced Training School) and in 1986 he set out on his own with CLASS (California’s Leading Advanced Safety School). In 1993 he sold his other business, RPM (Reg Pridmore Motorcycles, a BMW Motorcycle franchise in Ventura, CA) and has been teaching CLASS along with a little flying, fishing and filing around for the past many years.

What Our Students Say

...I wanted to thank you for your awesome training!  As motor officers we do a lot of slow speed training and clutch throttle work in various cone patterns.  While performing our duties, however, we are constantly accelerating, braking, and handling our motorcycles at a high rate of speed.  Your training fills the gap that’s been missing for a long time!  It’s nice to gain more experience and comfort while learning to push our bikes and ourselves to higher limits!

... I feel the skills and principles you taught are not only pertinent to the race track but are critical in the safe operation of a motorcycle no matter where you are riding. This class should be mandatory for every Motor Officer as it offers true officer survival skills for the streets. Thank you for the unforgettable day and the incredible gift this training truly is.

I was a motor officer in your CLASS and I'm still riding high today! That was the best money ever spent.  To see your passion Reg, and skills, and Gigi's ability, just totally re-invigorated me in a sport I've loved for years. [...] I can't say enough about how pleased and happy me and my group of officers are. [...] I've had as many if not more pursuits than any of my partners and wish I had these skills before now. Thank you for a wonderful day.